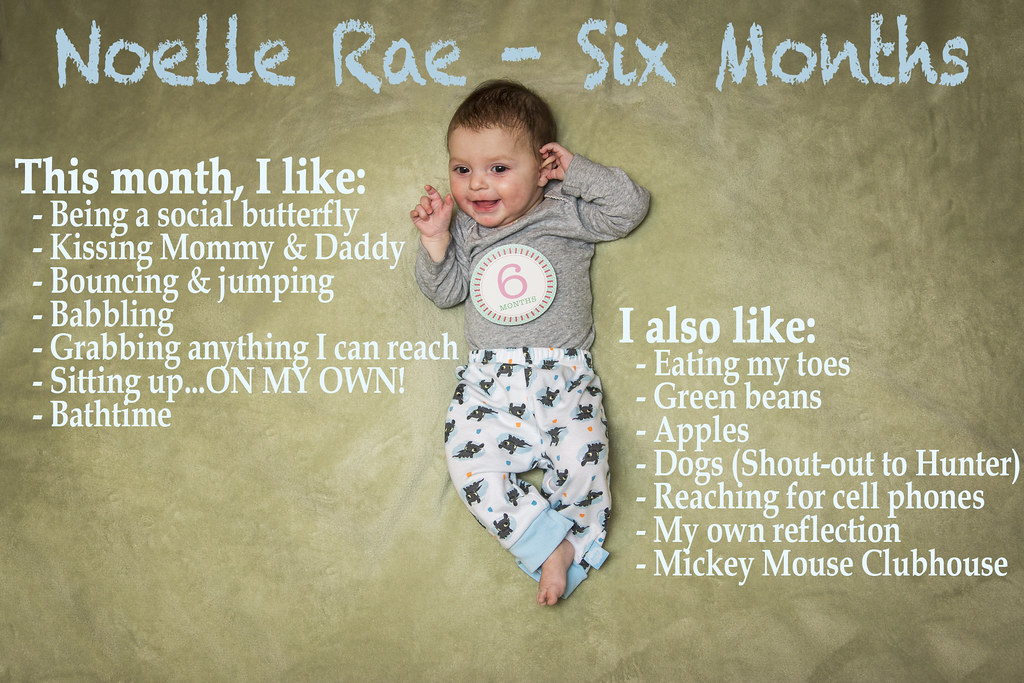 I simply refuse to believe Noelle’s been a part of our life for over six months now. Wasn’t she born just a few weeks ago? 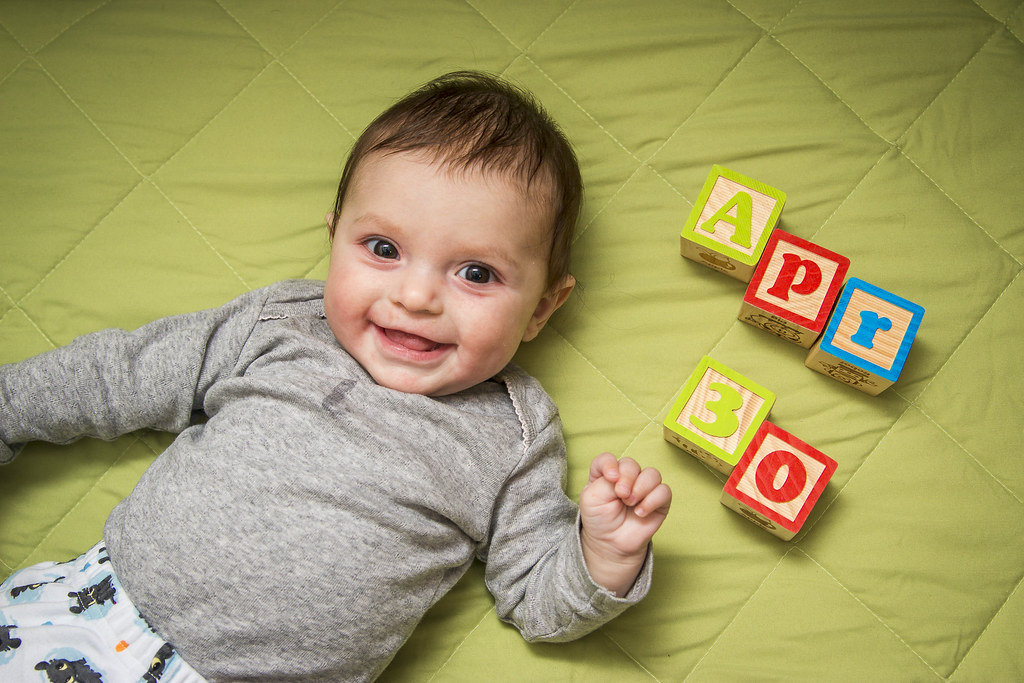 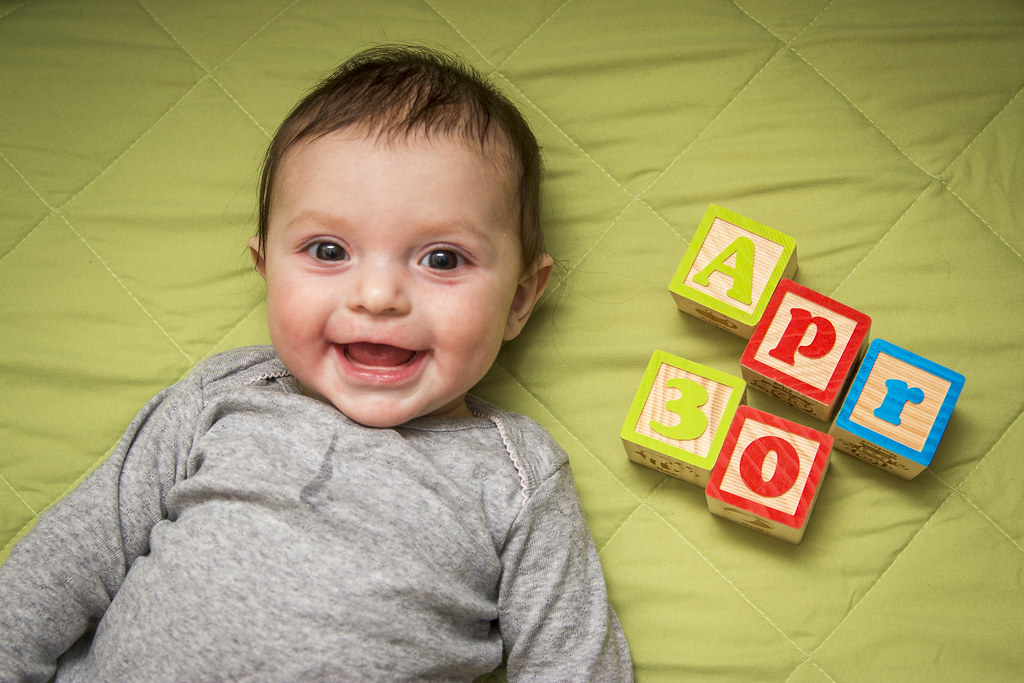 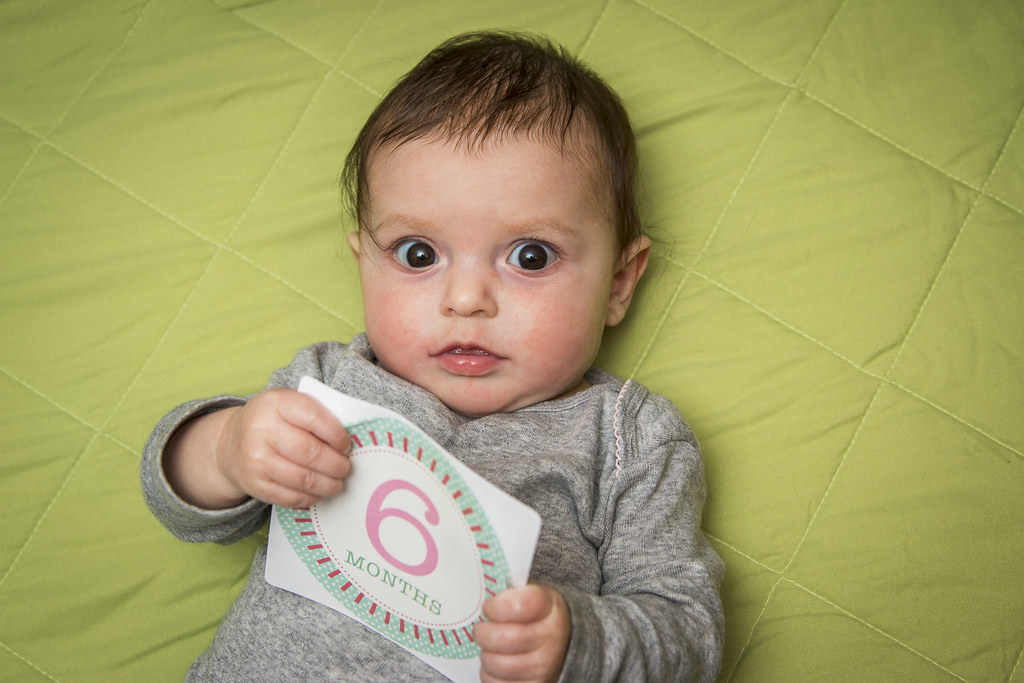 Set 2:
Since Noelle’s hands are now attached, I’m starting to think this pose wasn’t such a good idea to see through her first year. However, this is my favorite batch of the night because, well, check out what happens with the teddy bear. 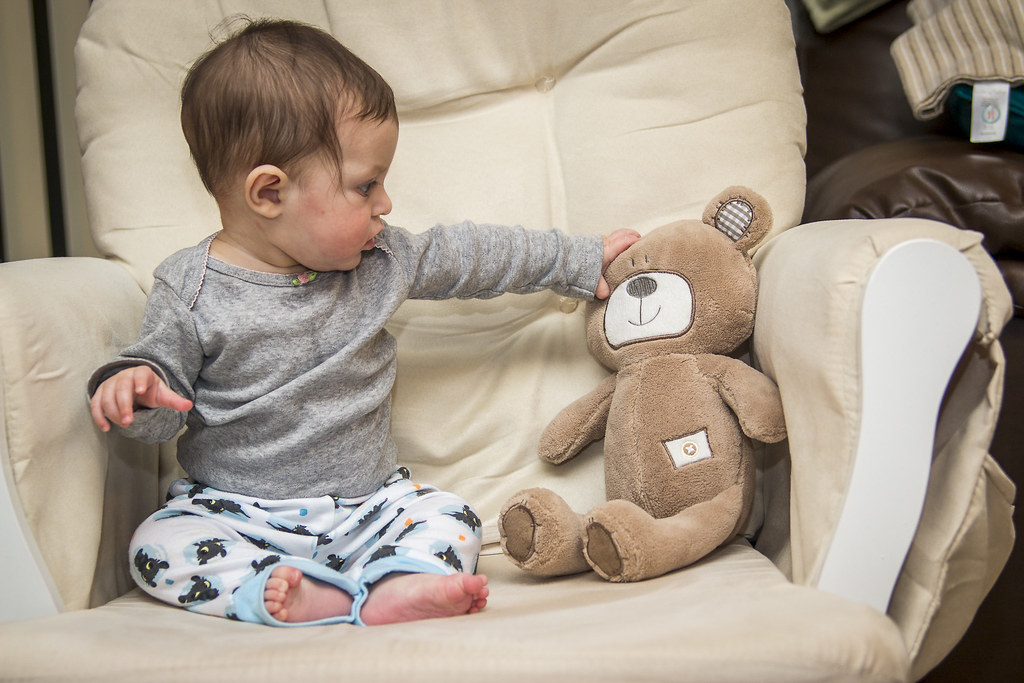 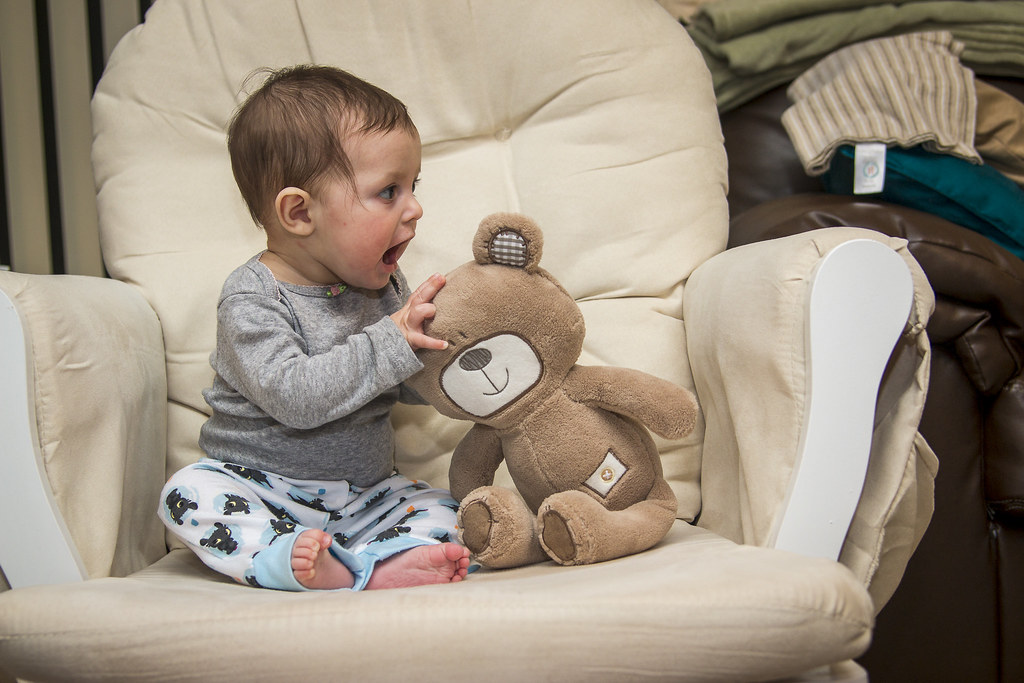 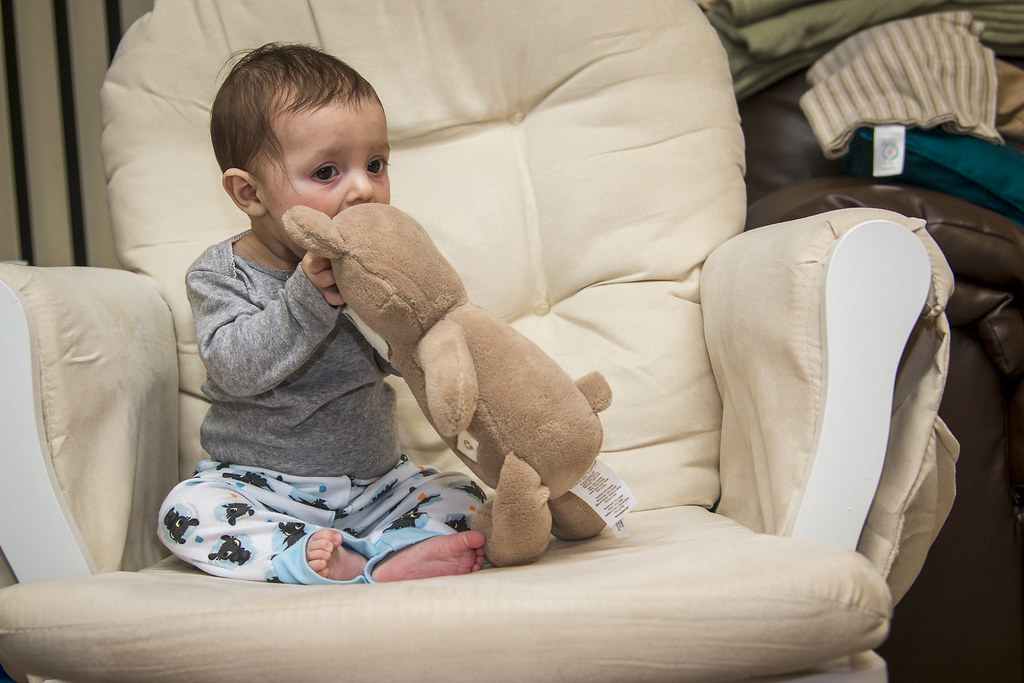 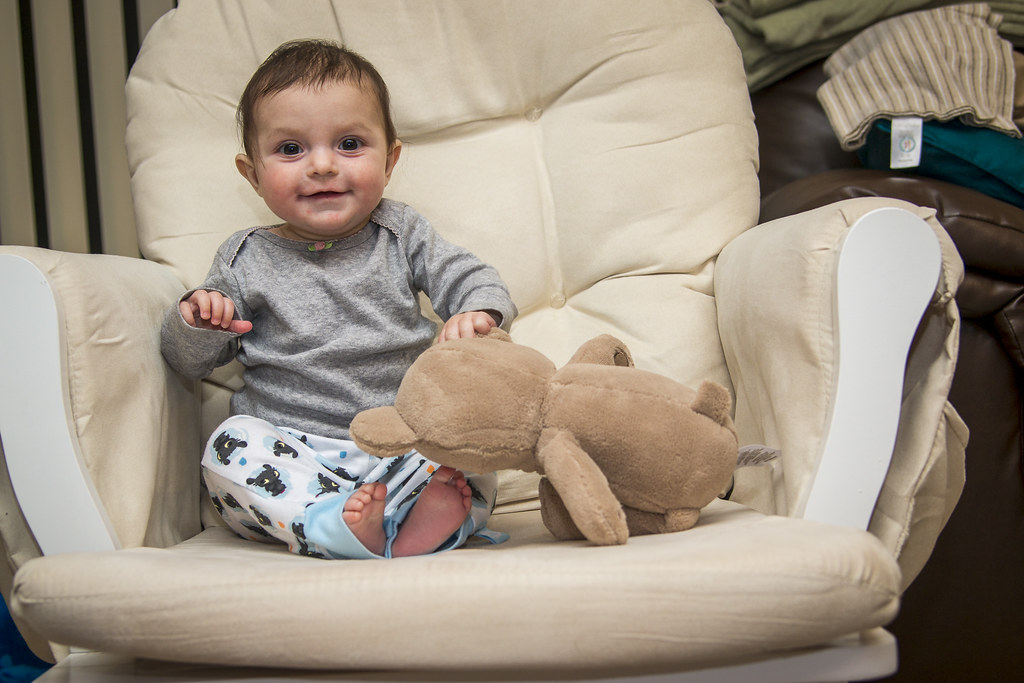 Set 3:
She wasn’t having it by this point of the night, so we just got one or two photos on the blanket and called it a night. We notice that when she starts rubbing her face, eyes, and grabbing her ears, she’s winding down and it’s time to call it a night. She’s grabbing her ear in this one. 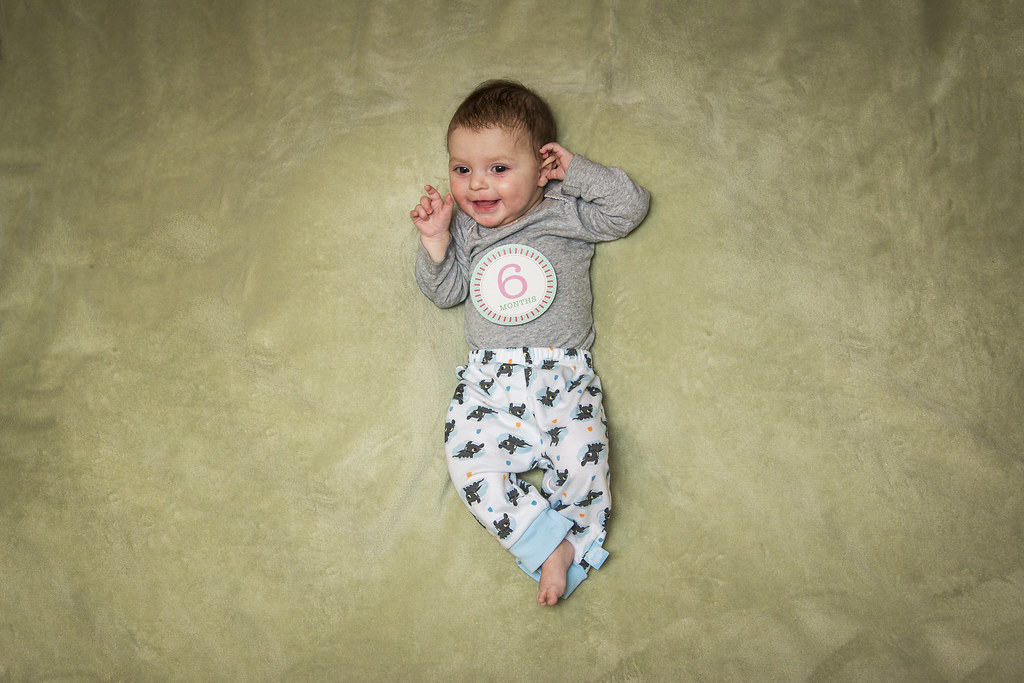 Although it’s not on the “Likes” list in the photo above, we think the biggest change we’ve seen in Noelle this month is that she’s a much more social baby now. She’s interactive, bubbly, inquisitive, and talkative. It’s like someone flicked a switch once the eczema cleared up (probably unrelated) and now she’s a baby and no longer an infant/newborn.