I took a stroll around the neighborhood this past Sunday. This was the same neighborhood in which I’ve first taken the camera out when I bought it last April and had no idea what I was doing. The photo evidence from that first afternoon out is atrocious but necessary.

I never know what I will find when I walk around with the camera in this area. I once saw a red-tailed hawk perched atop a tree, but I didn’t have the confidence to shoot this bird well. I am still on the hunt to snap a good photo of a cardinal and a bluejay as they dance and float around my town, but I still have no luck. On other days, I go out with no luck at all. So as I walked out the front door, I wondered what would I find? 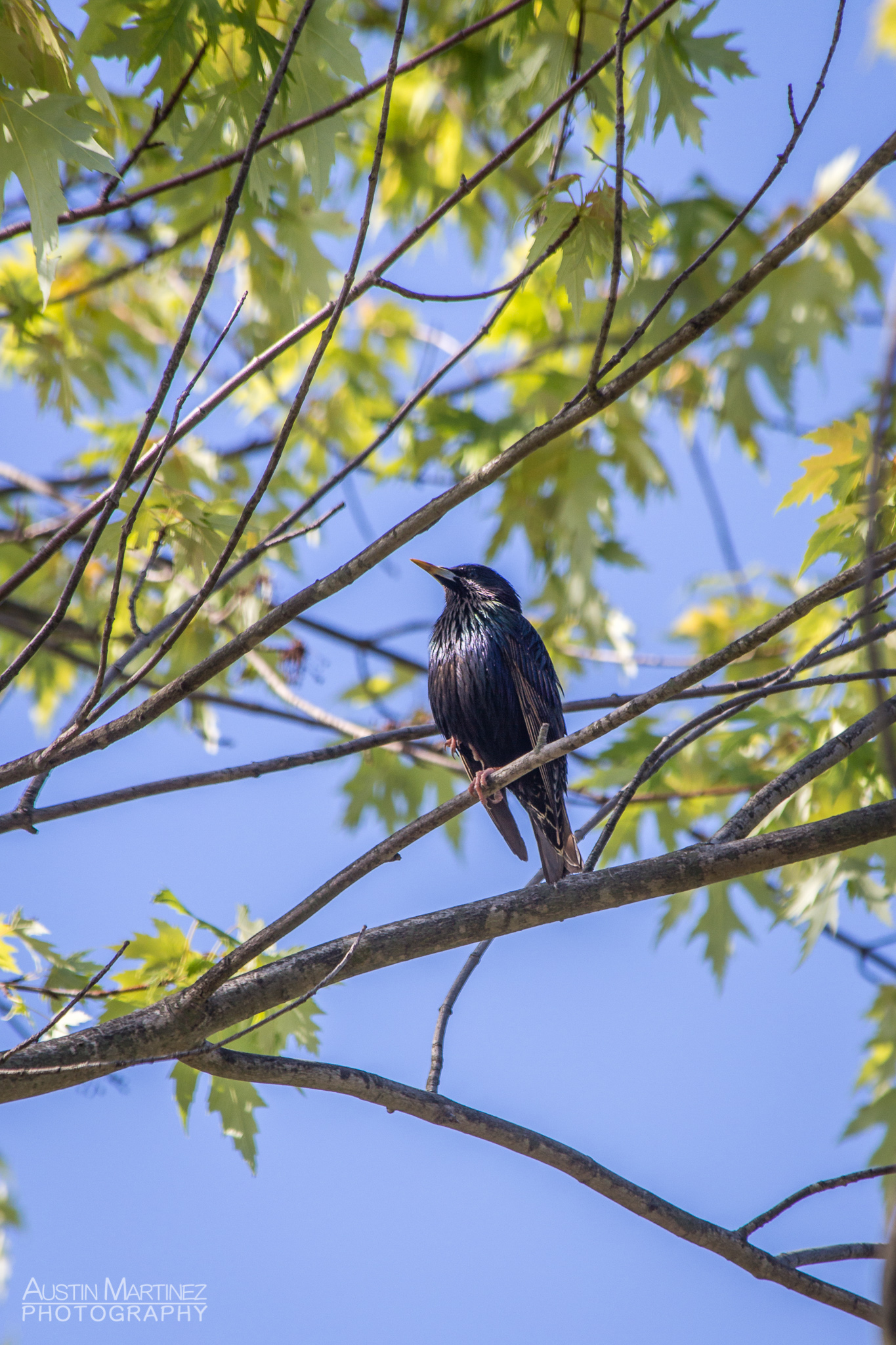 There are an abundance of birds which I neglect to shoot since they are so common and always around. This one, however, I haven’t seen before. 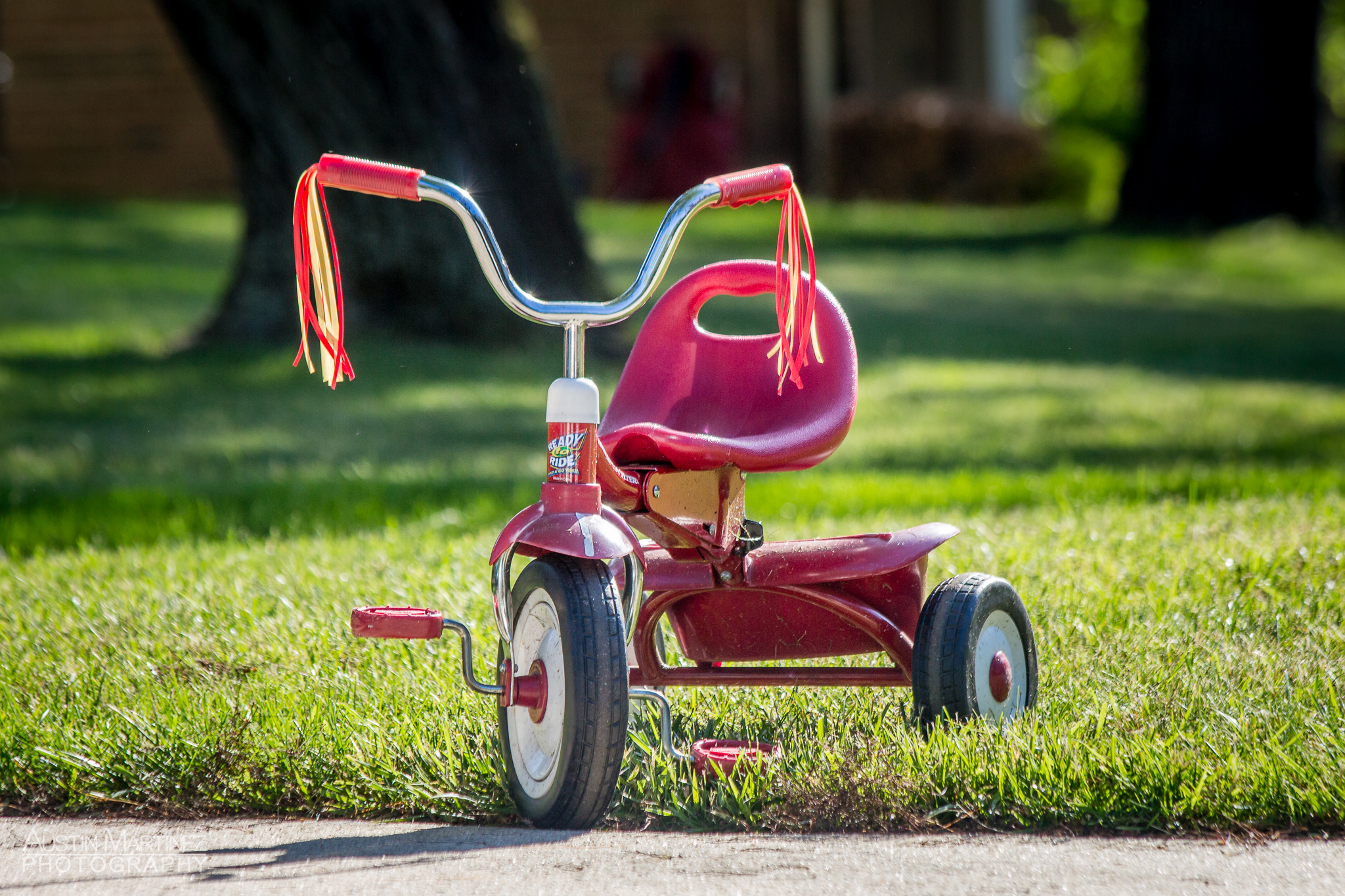 I caught this tricycle chilling between the cars in the parking lot. The red caught my eye, and I thoroughly enjoyed the vibe it was giving off when I saw it. 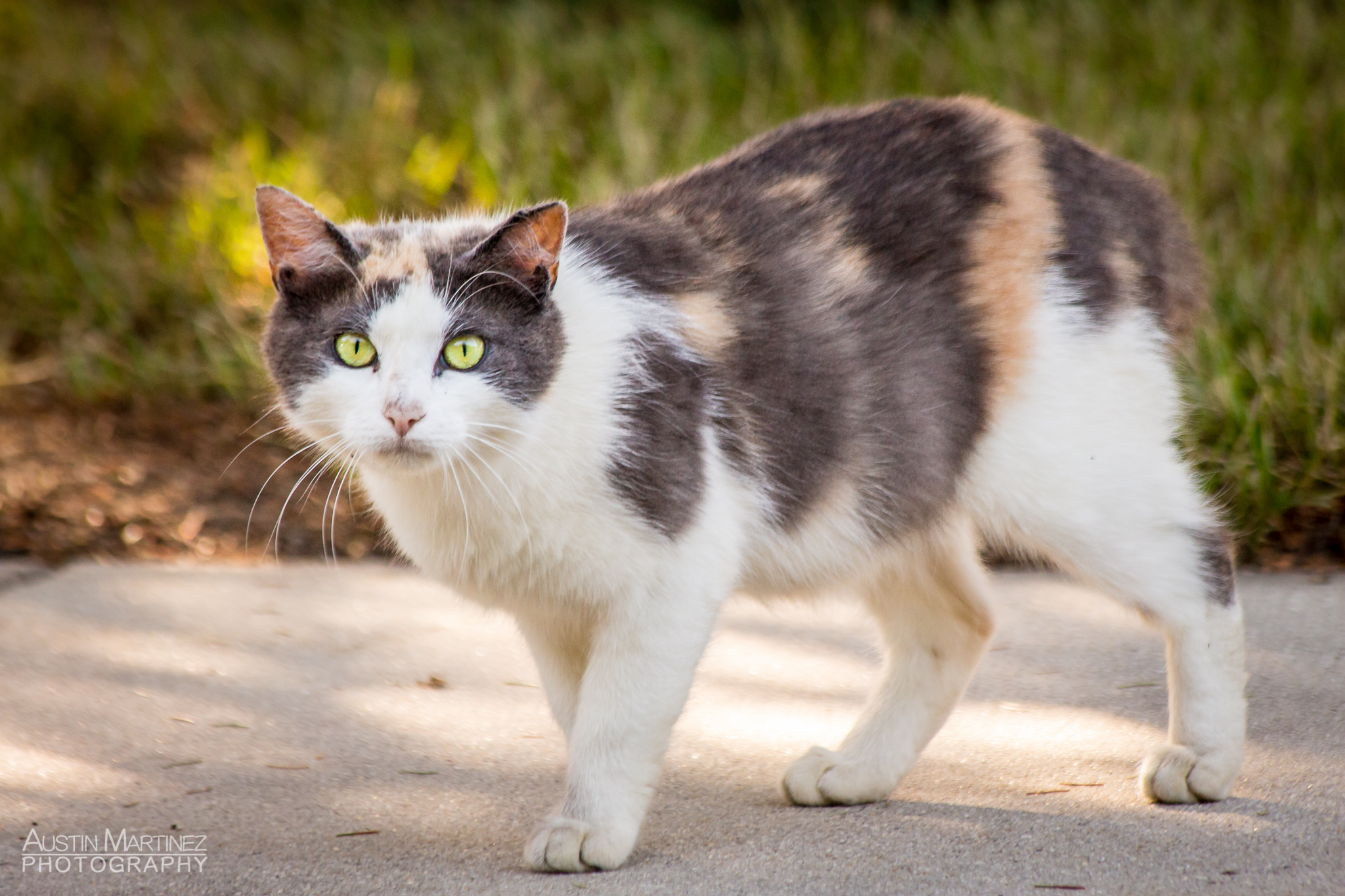 Shortly after the bike, I saw this little girl digging through the dirt in the shade. However, what truly grabbed my attention was when she looked directly at me. Those eyes seem like they’re peering deeply into your soul. I’m glad I got this photo before she sped away. In general, I’m not too big of a fan of the subject’s eyes looking directly into the camera because it breaks the fourth wall and removes the feeling that the viewer is peaking in on a private moment (hence my propensity for shooting candid photos at events), but I’ll make an exception for this photograph. This cat’s eyes are striking! 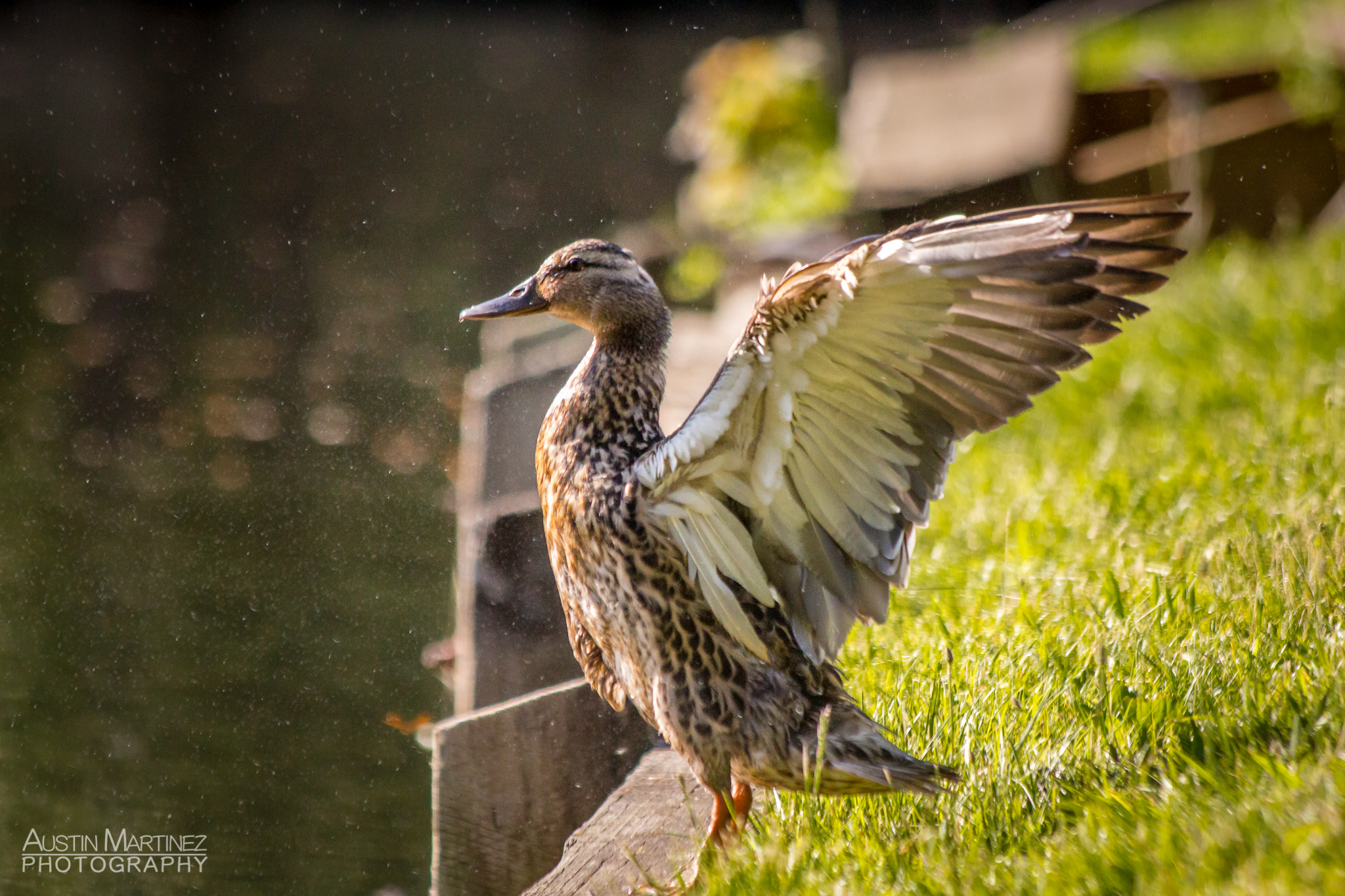 This is one of my favorite photos from this walk. We have a little man-made pond around four minutes from my apartment. There are usually birds and other wildlife that swing on by for a quick swim or drink before continuing on their merry way. This duck immediately caught my attention as he was flapping around in the water. Soon after I arrived and started watching him, he jumped up onto the ledge and started to dry himself off. Part of this experience was flapping his wings to shake off the excess water. I love this photo because of his wingspan as well as the water droplets spraying off as he shakes himself dry. Also, it’s just an illusion, but the shape of the beak and the expression in the eyes looks like the duck is smiling and enjoying himself. 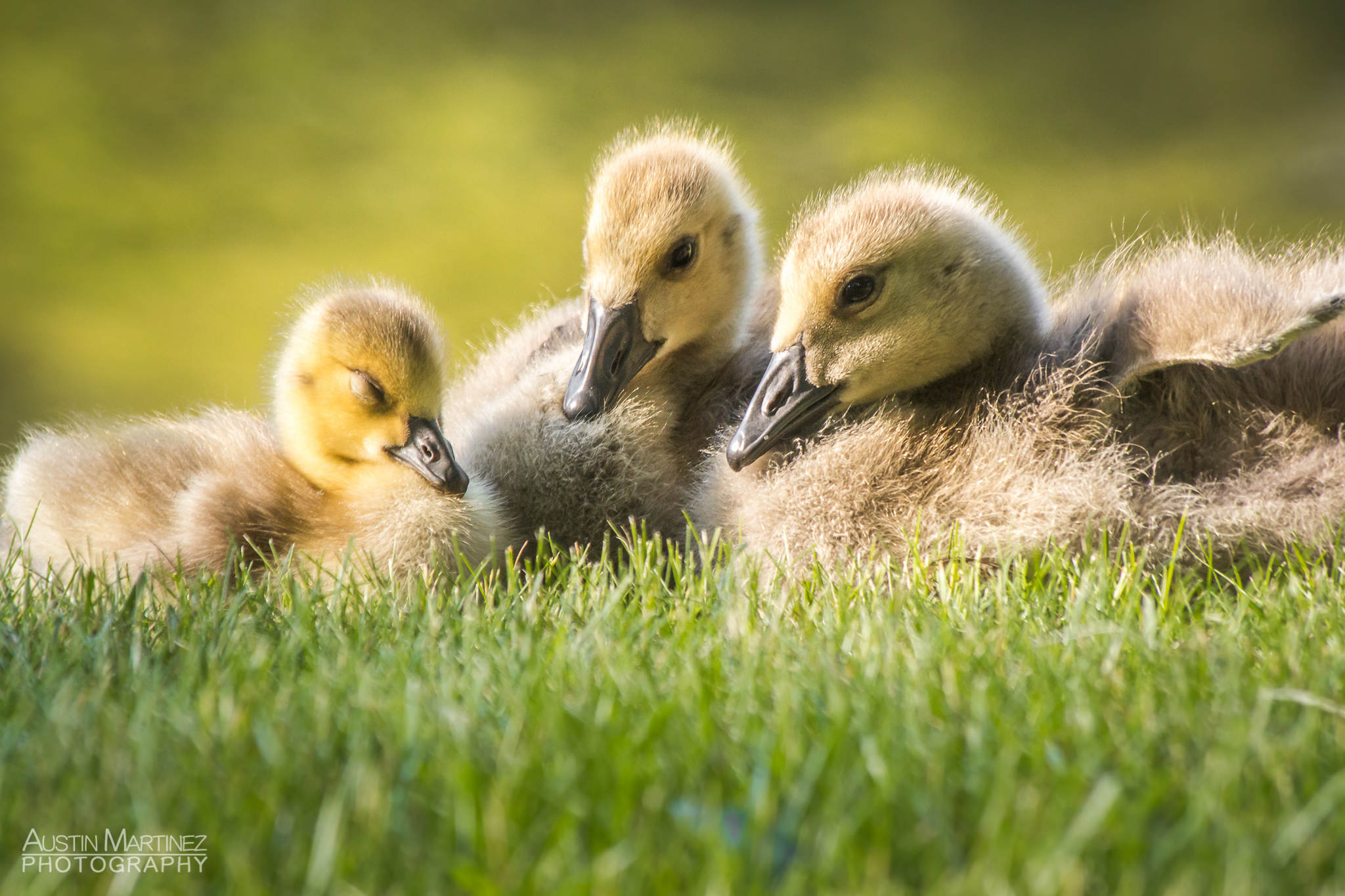 And here it is. My favorite image from this lazy Sunday afternoon. These three were snuggled together while sleeping. Rather than getting a picture of the three of them with their heads tucked into their bodies, I waited around for a little while for something to happen. After a few minutes, the middle one picked its head up to rearrange itself. Like clockwork, the other two also got up to readjust and find a new comfortable spot. So, rather than settling for a mediocre shot of sleeping baby geese, I waited that extra time for something truly extraordinary to happen, and here are the results. 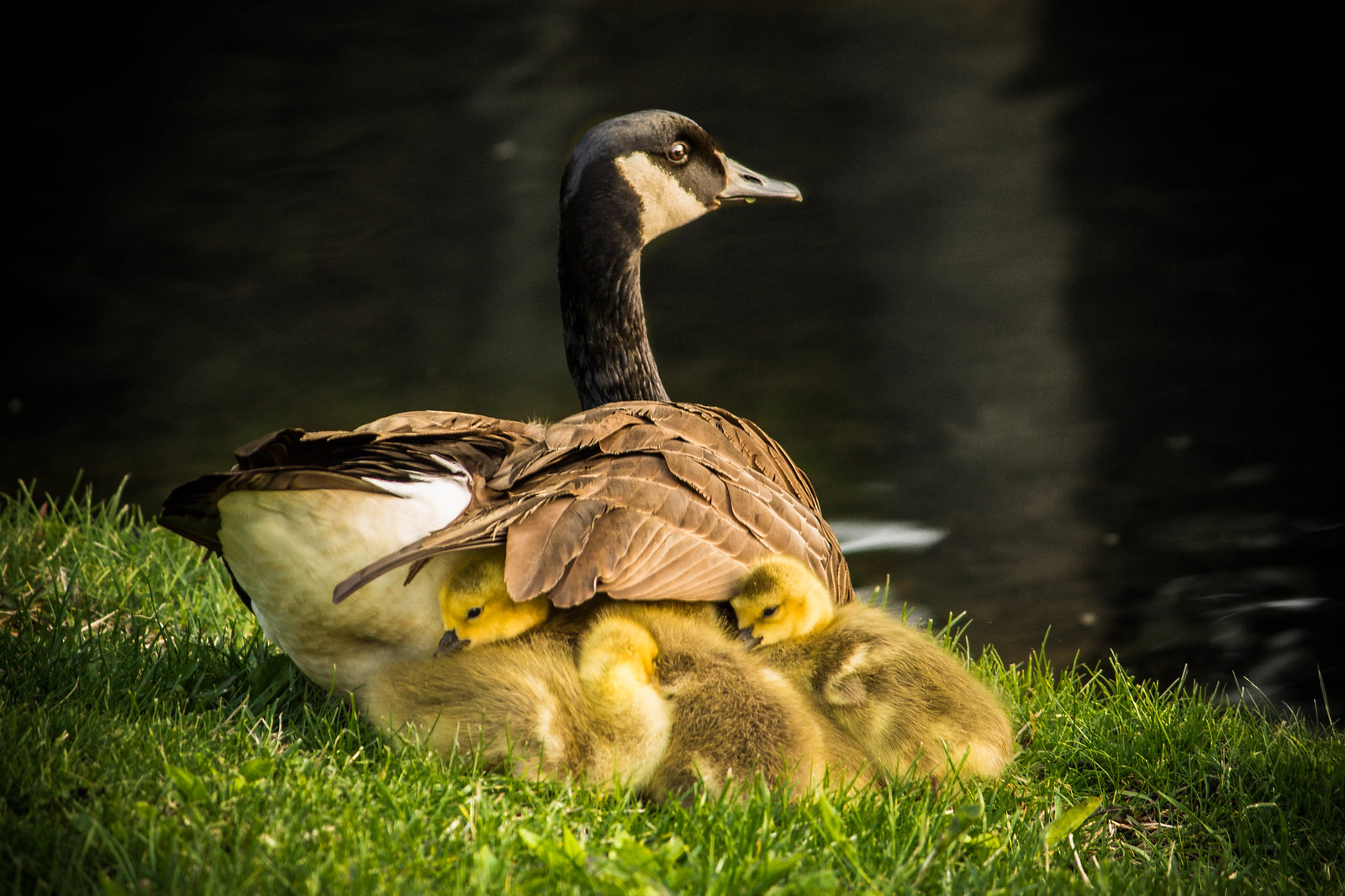 Similar shot from one year ago.

Exactly a year and a month ago, I shot this photo above at the same area. I loved it at the time, but I like my latest shot (the three baby geese) even better. I feel like getting the birds’ faces close up and freezing their movement makes a much better photo than the sleeping ones under Mom’s wing. The close-up gives us a more personal and intimate look into this dynamic of the birds.

All in all it was a fun and relaxing stroll, and it feels wonderful to take a bit of time to myself to get back out to nature and to soak in all that it has to offer.